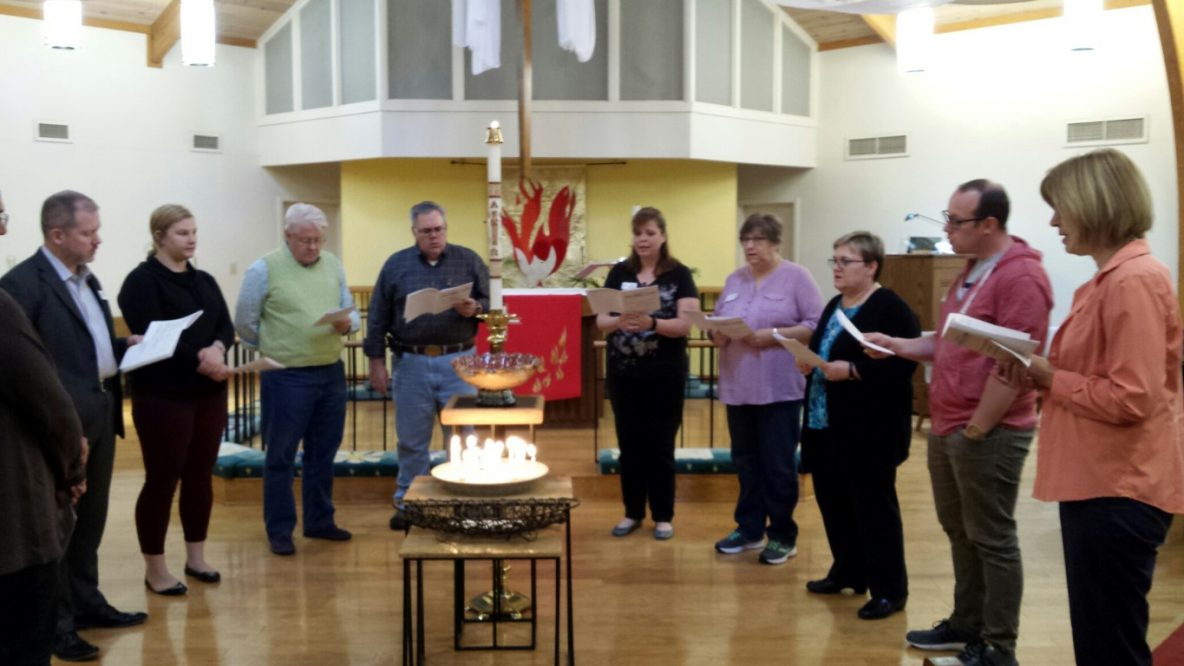 By Martha Maier, JBL:NAAC Board Member 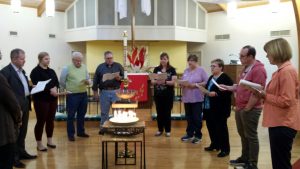 The Affirmation of Vocation at a Catechumenate Training Event.

From Skeptic to Believer

Pastor Linda Quanstrom was a skeptic about the catechumenate. But encouraged by her District Superintendent, who had recently joined her church, she rounded up a team to attend the catechumenate training held in Seattle, WA last fall. After the training she wasn’t sure the process would work in her modestly-sized urban congregation in Portland, OR. But nonetheless, with the support of those who attended the training, Fremont United Methodist Church gave it a try.

Before FUMC began the catechumenate, Linda figured that if two people went through the process, it would be a worthwhile venture. To her surprise, eight signed on as candidates, and another eight readily agreed to be sponsors.

Linda was surprised, but profoundly pleased by how well the catechumenate was received and the impact it had on her church. “I’ve confessed to my people that I above all others was ‘O ye of little faith,’ but I was moved, week after week by the commitment they demonstrated to the process, the stories they shared and the prayers they prayed for one another. Upon completion they asked that we organize covenant groups so that they and others could continue the journey of communal prayer and support.”

Quanstrom and others from her church believe this is such a significant process leading to essential and foundational spiritual grounding, that they gladly agreed to host a training this fall. As part of the event, they will talk more about how this process has impacted them and their church.

Pastor Eric Peterson, a self-proclaimed “baptism nerd” found his people when he attended a catechumenate training event held Vancouver, B.C. several years ago. At this event, he experienced a condensed catechumenate process over the course of three days. At the final worship service where the “Affirmation of Vocation” rite was celebrated, he was asked to take the part of someone who had been baptized at the Easter Vigil.

He and the other participants gathered at the font and, without have given it much thought beforehand, he shared this simple statement of how he planned to express his baptismal identity vocationally: “My name is Eric Peterson. I affirm my gifts as a writer, and I dedicate myself to use words to the glory of God.”

Eric thought he was merely role-playing. But as he was driving home, he realized that “something may have happened to me back there.” He writes, “I spent the rest of the seven-hour trip absorbing an identity I had previously resisted, praying for the Holy Spirit to prompt me with what to write.” The result can be seen in Eric’s recently published book, Wade in the Water, from which these quotes came.

As many of us have realized, even when we think we are “role-playing” at the trainings, it can have a profound impact on our lives.

How has a catechumenate training impacted your life or your congregation? Share your response on our blog.

And you can sign-up now for our fall trainings: October 5-6 in Portland, OR and Oct. 25-28 in Ottawa, Ontario. More details and registration details are on our website.